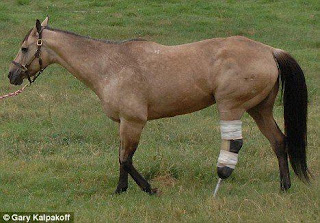 Posted by Halil Mnzava at 12:15 PM No comments:

Posted by Halil Mnzava at 1:05 PM No comments:

Posted by Halil Mnzava at 11:31 AM No comments:

Unhealthy lifestyles combined with a ton of stress are making more and more people vulnerable to heart attacks. Here’s a low-down on signs and symptoms of a heart attack.
Often people expect a heart attack to be dramatic like it is in the movies. But in reality — most often — that is not the case. This article thus spells out the signs and symptoms of a heart attack.
What happens during a heart attack?
During a heart attack, the blood flow to the heart muscle is either reduced or completely stops. This typically happens because of a blood clot that is blocking an artery.
When the heart muscle does not get oxygen-rich blood, it ceases to work.
Some common heart attack symptoms:
·         A heart attack often causes chest pain.
·         There is a feeling of fullness or a clasping pain in the centre of the chest. Most victims describe the pain as akin to an elephant standing on the chest (extreme pain). It usually lasts for about 15 minutes.
·         One also experiences shooting pain in the shoulders, neck, arm, back and sometimes even the teeth and jaw.
·         One finds increasing episodes of chest pain.
·         Prolonged pain in the upper abdomen.
·         Shortness of breath.
·         The victim might experience heavy sweating.
·         Since the heart’s pumping action is severely impaired during a severe heart attack, the victim might lose his/her consciousness.
·         Nausea and vomiting
·         In rare cases, as in patients who are diabetic, the heart attack may not be very painful, and sometimes can even be entirely painless.
Other heart attack symptoms
The elderly, diabetics, people on steroids as well as women are less likely to have obvious symptoms like severe chest pain (as often seen in men). These are some symptoms they are likely to have:
·         Pain in the abdomen
·         Heart burn
·         Sweaty skin
·         Unusual tiredness
·         Dizziness or light-headedness
·         Nausea
·         Tightness or pain in the neck, shoulder or upper back
Heart attack symptoms are not the same for all…
Not everyone who has a heart attack has the same symptoms. Many a time, we also tend to ignore a heart attack thinking it might be mere abdominal discomfort due to gas pains or indigestion. If you have more than a few symptoms listed above, then you are likely to be having an attack. Get emergency help immediately.
What to do in case of a heart attack?
·         Rush to a hospital: If you recognise that you or someone around is having a heart attack, get immediate medical help.
·         Give Disprin (Asprin): As soon as you recognise it is an attack, crush a disprin, dissolve it in water and make the person drink it.
·         Emergency numbers: Every office and home must keep a list of emergency numbers like that of an ambulance service, hospital.
A heart attack is different from a cardiac arrest
Do not confuse a heart attack with cardiac arrest. In the case of a cardiac arrest, the heart suddenly stops. It occurs due to an electrical disturbance that obstructs the heart’s pumping function, which results in stopping blood flow to the rest of the body.
Source:   http;www.mdhil.com
Posted by Halil Mnzava at 10:17 AM 1 comment:

Posted by Halil Mnzava at 10:51 AM No comments:

Health and Disability News and Statistics for Africa.

In Africa, an estimated 60-80 million people are living with disabilities today.
USAID missions throughout sub-Saharan Africa, and elsewhere, provide financial and technical assistance to people living with disabilities, including those who were disabled as a result of war and conflict. Disabled people are estimated at 10 percent of the general population, but possibly as high as 20 percent of the poor.
The vast majority of Africans with disabilities are excluded from schools and opportunities to work, virtually guaranteeing that they will live out their lives as the poorest of the poor. School enrollment for the disabled is estimated at no more that 5-10 percent. For many begging becomes a sole means of survival.
Every day in Africa, many people are disabled by malnutrition and disease, environmental hazards, natural disasters, traffic and industrial accidents, civil conflict and war. And according to Rehabilitation International, it is estimated that 350-500 people worldwide become amputees each day due to landmines that they encounter while walking, farming, or playing.
The number of people living with disability in Africa is increasing. Factors that contribute to the growing number in Africa include:
·         Violence
·         HIV/AIDS
·         Birth defects
·         Malnutrition
·         Population growth
·         Ageing population
·         Environmental degradation
·         Injuries at home, work and on the roads
South Africa signed and ratified the Convention on the Rights of Persons with Disabilities and its optional protocol in 2007. Furthermore, the South African Constitution specifically enshrines equality for persons with disabilities under Article 9(3). Yet, it is not clear how the current bill will take this nation closer to full implementation of the Constitution and the Convention. While the Deputy Minister of Foreign Affairs commented upon the coming into force of the Convention in 2008, that South Africa “has committed itself to removing all barriers faced by persons with disabilities,” this bill is easily assailable for not living up to this statement. There is a great need to foster the establishment of a South African disability studies literature and to promote the views of disabled people.
The South African Disability Alliance (SADA) is a body that is made up of the twelve national organisations that represent disability in South Africa. This organisation was formerly known as the Federal Council on Disability and has now been reconstituted to be a body of consensus, and the voice of the disability sector in South Africa.
The 12 SADA national organisations are:
·         Autism SA
·         Epilepsy SA
·         Cheshire Homes
·         Down Syndrome South Africa
·         Disabled People South Africa (DPSA)
·         Disabled Children's Action Group (DICAG)
·         Deaf Federation of South Africa (DEAFSA)
·         The QuadPara Association of South Africa (QASA)
·         South African Federation for Mental Health (SAFMH)
·         South African National Council for the Blind (SANCB)
·         National Association for Persons with Cerebral Palsy (NAPCP)
National Council for People with Physical Disabilities in South Africa (NCPPDSA)
Any vision for the future of Africa must include people with disabilities, who constitute "a significant percentage of the community anywhere in Africa. People with disabilities have a lot of potential to take part in the development processes of their countries, yet they are in most cases excluded from most of the development programs. However, some people with disabilities in Africa are taking control of their future, according to the UN body African Decade of Person With Disability. It says, "Africa will be leading the world in numbers of disabled entrepreneurs."
Source: http://www.disabled-world.com/news/africa/#ixzz2DYARPJaY
Posted by Halil Mnzava at 11:18 PM No comments:

Posted by Halil Mnzava at 11:28 PM No comments: